by his wife, AKA wife of Chocolate Man 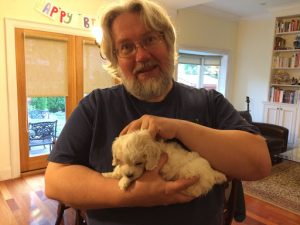 To understand the true essence, think sweet, rich complexity, with layers of subtlety that don’t surface at first glance or first bite. Or maybe that’s chocolate. Gunnar and chocolate are so linked in the minds of many convention-goers, to think Gunnar is to think chocolate. Life isn’t just a box of chocolates, however. To bring out the full flavour and aroma, here some assorted facts:

SFContario is proud to support the Prix Aurora Awards presented by the Canadian Science Fiction and Fantasy Association.